Donald Trump is under fire for making fun of a reporter who has arthrogryposis, a chronic condition that limits movement.

While at a rally in South Carolina Tuesday night, Trump waved his arms and spoke in a halted manner to create an unflattering impersonation of New York Times reporter Serge Kovaleski.

The newspaper has since responded: “We find it’s outrageous that he would ridicule the appearance of one of our reporters,” a spokesperson for the Times told CNNMoney. 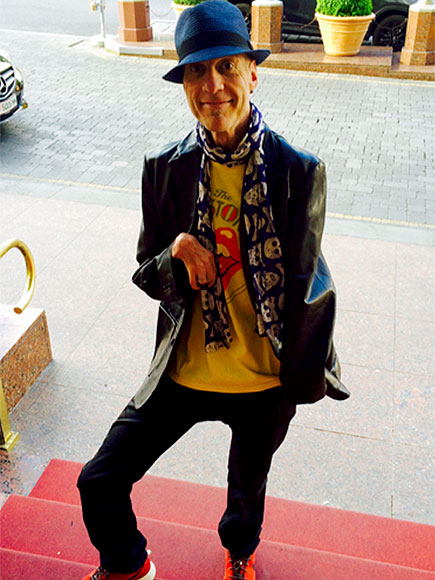 Trump’s alleged imitation of Kovaleski was in relation to a story the reporter had written in 2001 – it refutes claims that thousands of Muslims in Jersey City cheered the 9/11 attacks. But the Republican candidate is insisting he himself saw “thousands and thousands” of Muslims celebrate the attacks on the World Trade Center.

New Jersey police and public officials also deny these claims, and Kovaleski said this week he did not hear any reports at the time of such celebrations. “I certainly do not remember anyone saying that thousands or even hundreds of people were celebrating. That was not the case, as best as I can remember,” he told The Washington Post.

On Thursday, Trump responded on Twitter, claiming he wasn’t making fun of his disability but rather mocking him for allegedly “groveling and searching for a way out from what he wrote many years before.”

“In my speech before over 10,000 people in Myrtle Beach, South Carolina, I merely mimicked what I thought would be a flustered reporter trying to get out of a statement he made long ago,” Trump, 69, wrote.

He added, “If Mr. Kovaleski is handicapped, I would not know because I do not know what he looks like. If I did know, I would definitely not say anything about his appearance.”

Trump also said this week that he would reinstate waterboarding and that suspected terrorists “deserve” to be tortured.

“It works,” Trump repeated of waterboarding. “Believe me, it works. And you know what? If it doesn’t work, they deserve it anyway, for what they’re doing.”