From health care to wages, America is failing women on every level, according to a new report.

Earlier this month, human rights experts from the United Nations visited a backwards country where women are paid significantly less than men, where women are drastically underrepresented in the national legislature, where the percentages of women living in poverty and dying during childbirth are rising, where pregnant women in prisons are shackled during childbirth, and where women face intimidation and harassment while trying to access health care.

When they returned from their trip, they said they were “shocked” by what they found and chided the nation for being one of just seven—including Iran, Somalia, and Sudan—that hasn’t yet ratified the Convention on the Elimination of All Forms of Discrimination against Women (CEDAW).

You’ll be forgiven if you haven’t heard of this place before. It’s an obscure nation called the United States of America.

On December 11th, a UN working group on legal discrimination against women concluded its ten-day tour of the United States, which included meetings in Washington D.C. and visits to Alabama, Oregon and Texas. Between them, the experts in the working group, led by Eleonora Zielinska of Poland, have decades of experience in law, public policy, diplomacy, academia, and government.

What they found, essentially, was that the U.S. hypocritically fails to measure up to the very standards that it sets for other countries when it comes to women’s human rights.

Their statement is an eye-opening description of the country from an outsider’s perspective that may recall that time you read “Body Ritual Among the Nacirema” in grade school: When the U.S. is de-centered, it seems woefully unadvanced relative to its wealth.

“We acknowledge the United States’ commitment to liberty, so well represented by the Statue of Liberty which symbolizes both womanhood and freedom,” the statement began. The praise mostly stopped there.

Despite currently having “the highest level of legislative representation ever achieved by women” in the country, the U.S. still ranks at a mere 72 in the world in terms of the percentage of female lawmakers. With women holding just 19.4 percent of congressional seats, the U.S. falls well below Rwanda, Mexico, Uganda, Pakistan, and most developed nations.

The group also concluded that women play an essential role in driving the growth of the U.S. economy but suffer disproportionately from the global recession’s aftereffects and from persistent income inequality, with a wage gap of 21 percent. On top of these overarching disparities, non-white women, pregnant women, and new mothers face even more challenges in employment.

“[W]e are shocked by the lack of mandatory standards for workplace accommodation for pregnant women, post-natal mothers and persons with care responsibilities, which are required in international human rights law,” the experts noted.

Indeed, the U.S. consistently falls at or near the bottom of international parental leave rankings because it requires no paid leave, only 12 weeks of unpaid time off.

The working group was also discouraged by the fact that the percentage of women living in poverty had increased over the last decade from 12.1 to 14.5 percent, and that the maternal mortality rate increased by 136 percent from 1990 to 2013. Both of these figures vary by ethnicity: non-white women earn less than white women and African-American women die during childbirth at three to four times the rate of white women.

The statement listed off even more human rights violations and shortcomings in the United States: contraception exemptions in insurance plans courtesy of the Supreme Court’s Hobby Lobby decision, the criminalization of women in prostitution, a lack of “adequate and quality sex education” with an inordinate focus on abstinence, and widespread discrimination against immigrant women.

What they found, essentially, was that the U.S. hypocritically fails to measure up to the very standards that it sets for other countries when it comes to women’s human rights.

“While all women are the victims of these missing rights, women who are poor, belong to Native American, Afro-American and Hispanic ethnic minorities, migrant women, LBTQ women, women with disabilities and older women are disparately vulnerable,” they concluded.

But the experts were especially concerned by the current state of reproductive rights in the United States. They visited abortion clinics in Texas and Alabama and witnessed firsthand that “many of the clinics work in conditions of constant threats, harassments and vandalizing.”

“Although women have a legal right to terminate a pregnancy under federal law, ever increasing barriers are being created to prevent their access to abortion procedures,” they observed.

The late November shooting of a police officer and two civilians at a Colorado Springs Planned Parenthood center took place “just before the start of [their] visit,” they said, and “once again demonstrated the extreme hostility and danger faced by family planning providers and patients.”

“We urge the authorities to combat the stigma attached to reproductive and sexual health care, which leads to violence, harassment and intimidation against those seeking or providing reproductive health care, and to investigate and prosecute violence or threats of violence,” they advised.

Above all, the working group urges the U.S. to finally ratify CEDAW. As Amnesty International notes, the U.S. currently has “the dubious distinction of being the only country in the Western Hemisphere and the only industrialized democracy that has not yet ratified this treaty,” first adopted by the UN General Assembly in 1979.

Ratifying CEDAW would require the U.S. to commit “to incorporate the principle of equality of men and women in their legal system.” The U.S. Senate has never voted on the treaty.

“We understand the complexity of federalism,” the working group noted, “but this cannot be regarded as a justification for failure to secure these rights.”

Published by Samantha Allen via The Daily Beast 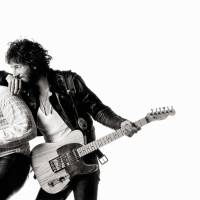