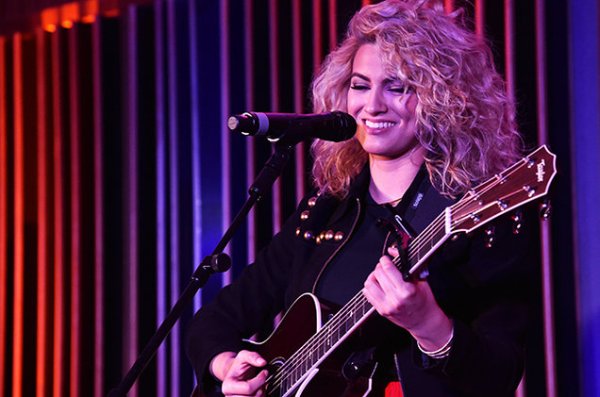 Grammys: The Complete Guide to This Year’s Parties

This Grammy kick-off event, like many to follow this week, is nothing if not an opportunity for the music business to celebrate their accomplishments, showcase their artists, thank their hardworking staffs, see, be seen. And hear incredible music. Sandwiched between Kelly’s impressive set on this night were two Grammy-winning Capitol stunners: Blue Note’s jazz-soul phenom Gregory Porter, who Blue Note president Don Was called his “favorite artist in the world,” and Corinne Bailey Rae, who debuted fantastic new material, her first in six years.

Capitol’s Studio A, as expected, was chockablock with executives, including recently promoted Harvest Records co-GMs Piero Giramonti and Jacqueline Saturn; CMG COO Michelle Jubelirer and publicity director Ambrosia Healy (who introduced Bailey Rae, with whom she’s worked for over a decade); Capitol executive vice presidents Greg Thompson and Scott Greer; Kate Denton and Vince Quintero, still kvelling over the success of Empire of the Sun‘s Super Bowl synch (which saw “The Dreamer” used in a Honda ad); and publicist Erin Cooney, who spoke enthusiastically about Alabama Shakes’ four Grammy noms.

The event arrived on the heels of Capitol’s Periscope live-stream, a peek at Studio A earlier in the day, and five days before the Feb 15 Grammy Awards, being broadcast live on CBS from L.A.’s Staples Center.

Diddy has determined his post-Grammys plans: The mogul will host the CITY Gala Fundraiser at the Playboy Mansion on Feb. 15 following the big show.

Grammys 2016: All Our Coverage

Live performances at the event, which will also feature a celebrity poker tournament, will come courtesy of DJ Paul Oakenfold, Robert “Kool” Bell of Kool & the Gang, Chanel West Coast, the Stafford Brothers and DJ Sarah Robertson. There’s also a fashion show on the schedule from Hemp Blue.

Grammy Nominations 2016: See All the Nominees

In a statement, City Gala executive producer Ryan Long says: “We are honored to have such an incredible roster of distinguished guests joining us to raise visibility for these important charitable causes.”

This article was originally published by The Hollywood Reporter & Curated from Billboard for SocialCurrentcy.